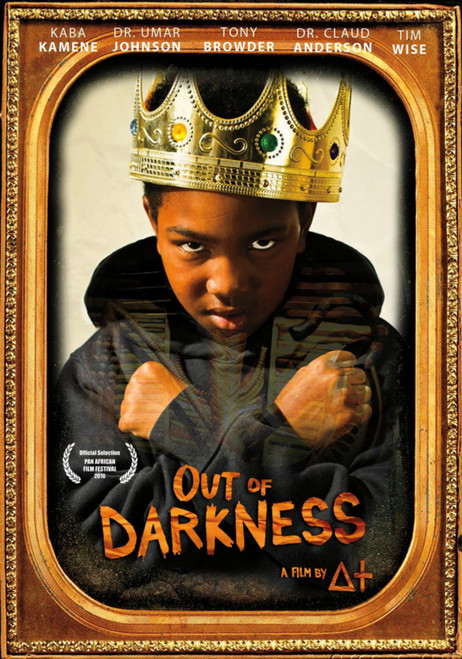 This is a DVD

Out of Darkness is a full length three-part documentary by director Amadeuz Christ (+), examining the untold history of African people, the African cultural contribution to the nations of the world, and the events that have contributed to the condition of African people today. Out of Darkness will explore the Nubian/Kushitic origins of Nile Valley Civilization, contact between Africa and the Americas since the times of antiquity, as well as the influence of the Moors in Europe leading to Europe's intellectual Renaissance. In addition, the film will analyze the history of modern day racism, the concept of white supremacy, the impact of Hip Hop as a social movement, and the idea of nationhood. The film will be broken into 3 parts (Acts 1, II, & III): Act 1 - African Civilization (History) Act II - European Colonization (Psychology/Post-Trauma) Act III - African World Revolution (Hip Hop & Nationhood) Out of Darkness is narrated by Prof. Kaba Kamene and co-stars . Umar Johnson, . Claud Anderson, Tim Wise, Prof. James Small, . Joy DeGruy, Anthony Browder, Sabir Bey, Atlantis Browder, and Taj Tarik Bey.

Out of Darkness Heavy is the Crown Vol. 1